Geoff Simpson's career has been spent in journalism and public relations. He grew up in south east London after the Second World War with the evidence of that conflict an everyday sight, including bomb damage, air raid shelters, prefabs (a post war answer to the housing shortage) and former civil defence buildings.

From the 1980s his interest in the subject focused on the RAF, especially the Battle of Britain. He remembers vividly the first of the Few that he met, ringing the doorbell of a house in Glasgow, hearing footsteps in the hall and thinking, "I'm about to meet somebody who flew in the Battle of Britain." That was Ron Forward who, in 1940 had been a Sergeant Pilot flying Hurricanes with No 257 Squadron, which Geoff had set out to study. Since then Geoff has met, interviewed and corresponded with several hundred aircrew veterans of the Battle, as well as hundreds of their relatives.

Aviation moments that Geoff has enjoyed include sitting in a Meteor at the Festival of Britain and a Tornado at Lossiemouth, taxiing in the mid upper turret of the Lancaster, Just Jane at the Lincolnshire Aviation Heritage Centre, East Kirkby, taking the controls of a Tiger Moth over Cambridgeshire, trying out a Hawk simulator at Valley and undertaking a charity static line parachute jump from an Islander of the Red Devils over Queen's Parade, Aldershot. 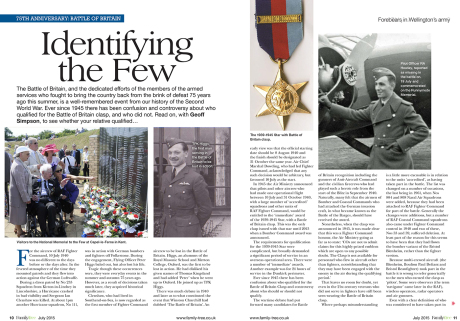 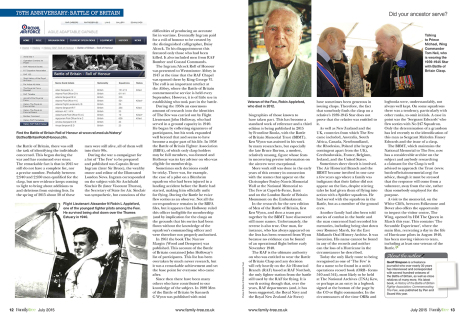